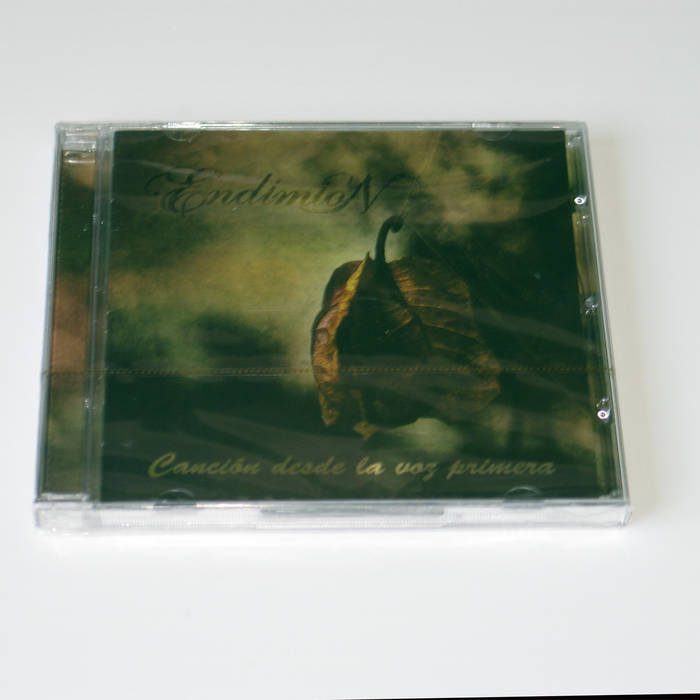 I received a promo the other day which prompted a number of questions. First of all, who the heck are Endimion and what makes them think I would want to hear about anyone’s “Lady of my Dreams” or being “Naked in the Sun”? Well, I soon learned they are from Chile and have recruited the excellent bass singer Claudio Carrasco of Poema Arcanvs as a guest for one of the songs. This might get interesting. The next question was, what is all this pompous “Endless Winter – Only Doom Metal Label” thing about? Well, a closer look tells me “Made in Russia”, and here we are again: Another underground label ready to release anything regardless of quality just to be part of that scene which has been so very much in vogue in Eastern Europe for the last few years. This might not get that interesting after all.

Shortly after I had pushed the play button for the first time, a new question crossed my mind: Why does a supposedly “Only Doom Metal Label” release this? For I could hardly hear any Doom at all. The guitars play their chords, the drums play their patterns, the growler growls his growls and everything flows along neatly in midtempo boredom. When I listened to Canción desde la voz primera for the second and third time, I really tried to follow the arrangements more actively and get the idea behind them, and I did see what the Chileans were trying to do, but I still could not shake off the impression of a bunch of guys grabbing some instruments and amps because they figured out that playing heavy music themselves might be fun, and then choosing Doom (or maybe slowed-down and watered-down Melodic Death would be more apt) for a start because it would not require any extraordinary skills in fast and technically challenging musicianship. Unfortunately for them, the minimalism of Doom Metal does all the more call for the skill of effective, to the point songwriting. It probably requires a stronger and more individual musical vision than any other subgenre of Metal, as well as you will need a good sense of atmosphere to create something captivating; for you cannot hide such shortcomings behind impressive technicality and rampant aggression in Doom. While Endimion pull off a professional sounding recording with a sufficiently powerful production and solid instrumental work, all of the other aspects I have mentioned are almost entirely missing.

There are moments in which the uninspired arrangements are slowed down and make you expect a healthy dose of Death Doom. But after a promising first chord and a dragging drum pattern, these parts always leave you unsatisfied because there is still no atmosphere in the notes played, there is no emotion at all. The chord sequences are anything but original and, what is worst, they are simply not going anywhere. What is more, these Death Doom parts are by far outnumbered by midtempo arrangements and faster doublebass or blast parts. The occasional nice lead guitar playing is the only element which shows some potential here.

Despite all this, there is one exception to the album’s generally negative impression: “La Gruta del Terror” featuring Carrasco’s voice (which is superb as always and adds a great deal of emotion), and that is not only due to the guest vocals; here we finally get a song – you know, a combination of melodies and an arrangement of instruments which actually works and has obviously been composed to create a certain atmosphere. Until Endimion have arrived at a musical vision of at least this quality which can fill a CD, they should wait with recording a new album. It is totally okay to spend your time having some fun with music, but it is their time – I see no reason for us to invest ours in the result.