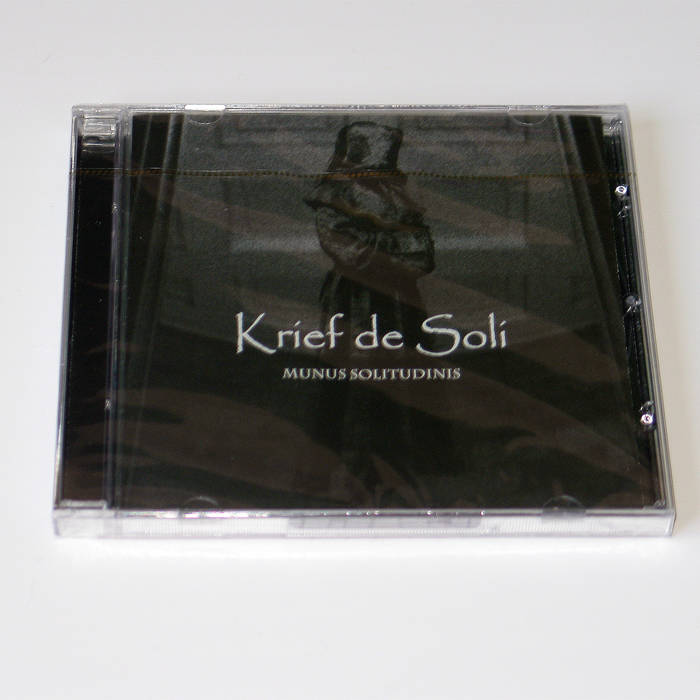 Krief De Soli is one of those doom metal bands who focuses on creating a really deep melancholic atmosphere, using a lot of keyboards and a lot of eerie sounds in the structure of the tracks. The album "Munus Solitudinis" is the second piece for this band after releasing the debut album "Procul Este, Profani..." in 2010. To be honest, I didn't like the debut album of this band, but I looked forward to the second album because I expected a lot of improvements in the recording and the songwriting.

The melancholic and the funeral atmosphere of this album is way better than the environment that has been created in the debut album, but the quality of the guitars and the inaudible sound of the drums have destroyed all of my good expectations. The raw/low quality of this record could be a good feature for those who search for low quality funeral doom atmosphere, but it wasn't my cup of tea and I didn't enjoy the harsh distortion of the guitars. The growling vocals are also hidden behind the annoying sound of the guitars, and a lot of effects have been added to the vocals to fit the total eerie sound. The first track was a real pain in the ass, more than 20 minutes of raging and painful slow guitar riffing, and the only good moments in this track were the moments when the keyboards dominated the whole sound without the meaningless wall of sound of the guitars.

The other long tracks "Vita Memoriae - Apogaeus Rerum Vitae" and "Deo Volente... Calo Tegi" are following the same texture of the first track, though the beautiful sound of the keyboards are painting the background with good music, the guitars keep destroying the atmosphere with a very disturbing tune. I wouldn't recommend this album for the fans who search for good guitar works, because the only good thing about the record is the wonderful keyboard efforts. I will be waiting more releases for this band in the future, but I hope the quality of the guitars and the bass and the drums will be clear and audible. Overall, if you have the ability to enjoy low quality records, then you may enjoy some tracks of these long pieces.