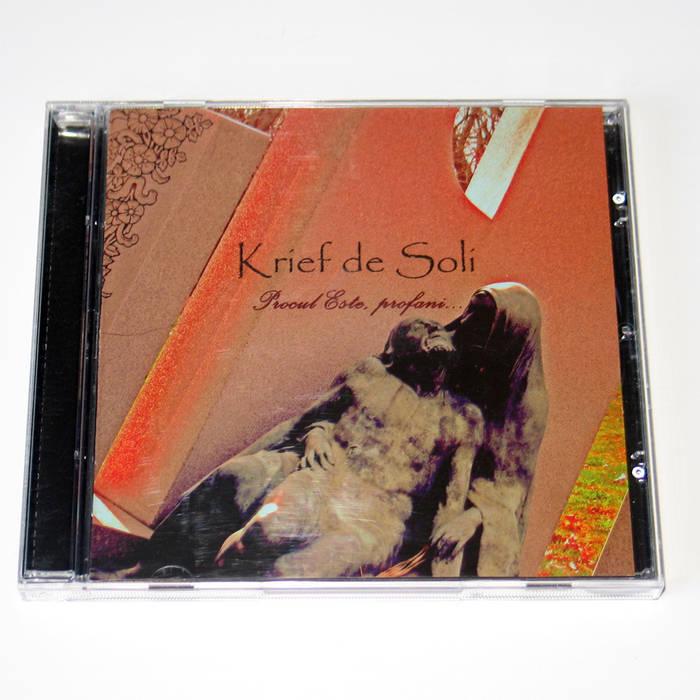 Krief de Soli’s approach of Funeral Doom is not revolutionary. Still, it is a pleasant one. Hailing from Canada and under the sole direction of Egregoir de Sang, Procul Este, Profani… brings forth three tracks, each exceeding the 15 minutes mark.

If you like your Funeral Doom liturgical and loaded with keyboards, there’s a good chance you might appreciate Krief de Soli's debut effort. All the lyrics are sung in Latin and are excerpts from the Apocalypsis. That sets the tone. Still there is more light than darkness in this record and somehow it happens to remind me of Ahab’s The Call of the Wretched Sea, not so much musically but rather for all the atmospheres created that have somehow an epic edge to them.

Each song is built following the same canvas: long and slow introductions and then the momentum picks up to end in final apotheosis. Simple and yet very effective. Egregoir de Sang even blesses us with muffled blast beats on Mei Oculus Devorati Sunt Tenebris... which gives some welcome and yet unexpected dISEMBOWELMENT flavor to it.

On the other hand, if you're somewhat allergic to keyboards, you may find yourself overwhelmed with them, especially since they have a naive feel to them. In 'Benediction Domini Sit Vobiscum', they almost sound like the soundtrack to a Bollywood film, but strangely this adds up to the religiosity of the track and blends in nicely.

Obviously it’s nothing close to Skepticism or the aforementioned Ahab but it is reasonable to imagine that the band's future may exceed greater expectations. Despite a few flaws, Krief de Soli’s debut is perfectly enjoyable and, among the many stillborn projects pertaining to the genre, this certainly stands out as being one of the most pleasant releases of this year.