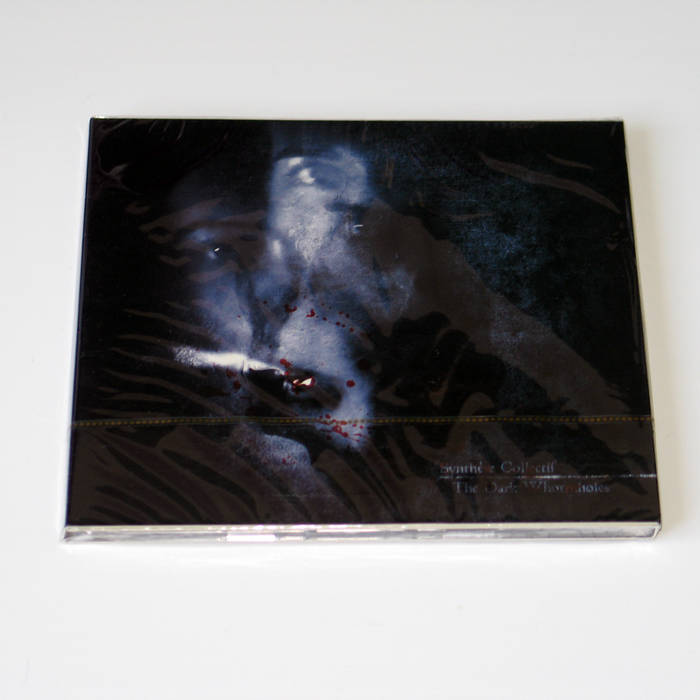 Russian label Endless Winter aim to support and distribute work at the extreme, underground and non-mainstream ends of the doom spectrum. The Synthèse Collectif three-way split is a part of that mission, allowing three different projects approximately equal playing time in which to demonstrate their potential. It should be stressed that this is not, however, a demo release: all the projects concerned have previously produced full-length albums in their own right. Expectations, therefore, should be set somewhat higher than might otherwise be the case.

The projects represent a diverse spread, geographically. Aura Hiemis is the work of Chilean multi-instrumentalist Herumor V, previously of Mar de Grises and now joined by Blasphemo Da Morte on guitar and Matias Ibanes on guest vocals. Ego Depths is an alias for Ukrainian solo artist Stigmatheist, who also records as Blutenstrasse and has worked with Slaughter Brute. Finally, Sculptor is a solo project for Sculpto, from Russia. The three are connected by offering works here intended to fit under the label of Extreme/Funeral Doom.

Aura Hiemis open proceedings with the 27-minute 'Visceral Laments'. An omnipresent, programmed drum marks stately and measured time throughout most of the piece, occasionally fading away during bridges and once exploding into a swift flurry of beats. Brief, sporadic snatches of keyboards swirl into background ambience but, really, this track is all about guitars and vocals. The former are mixed high, clear and distinct, laying down long, slow knifing riffs that trail constant distortion in their wake. The latter are primarily a deep, resonant, angry growl playing off against a selection of other voices, most effectively used in clean, sonorous form during the opening passage. Overall, it is a brutal, heavy, oppressive slab of music interspersed with lighter bridging pieces that contains enough progression to maintain interest despite the extreme length: stylistically, somewhat reminiscent of Mournful Congregation.

From Ego Depths comes two tracks of 15 and 12 minutes duration respectively. 'Feed My Ravenous Worms' starts off cold and echoing, almost prog-rock in approach, then expands into raw, drawn-out growls against a background wall of distortion and layered melody notes. '...Into The Empty Maw Of Universe' continues in that vein, introducing some hoarsely tortured whispers and a central section of jagged riffing. The content of both songs is thin, though, and dragged out for too long. It sounds like an attempt to pitch somewhere between Esoteric and The Nulll Collective, but falls a long way short of either.

Sculptor closes the album with 'The Three Shadows', clocking in at 24 minutes. Sharp-edged and melodic, employing more instrumental variety than the previous tracks, the drums, keyboard and bass occupy a greater proportion of the soundscape. So, too, do tempo changes: from a medium-slow start, followed by a semi-acoustic spoken section, the pace then reaches quite frantic Black Metal-style levels during the second half of the track. Musically – although not vocally, as these are largely growls – somewhere near Forgotten Tomb territory and surprisingly listenable, if not completely original.

The CD itself is neatly packaged and well-produced, and certainly offers value for money, even leaving out the largely-disposable (after the first 5 minutes or so) Ego Depths. As a representative sample to kindle interest in the participating bands, it succeeds on two out of three counts. Definitely worth a listen, if you have leanings towards the underground extreme, and quite possibly worth further investigation afterwards.